“The Gramm-Leach-Bliley Act requires financial institutions – companies that offer consumers financial products or services like loans, financial or investment advice, or insurance – to explain their information-sharing practices to their customers and to safeguard sensitive data.”

“The Privacy Act of 1974, as amended at 5 U.S.C. 552a, protects records that can be retrieved from a system of records by personal identifiers such as a name, social security number, or other identifying number or symbol. (A system of records is any grouping of information about an individual under the control of a Federal agency from which information is retrievable by personal identifiers).”

“The Gramm–Leach–Bliley Act (GLBA), also known as the Financial Services Modernization Act of 1999 and commonly pronounced “glibba”, (Pub.L. 106–102, 113 Stat. 1338, enacted November 12, 1999) is an act of the 106th United States Congress (1999–2001). It repealed part of the Glass–Steagall Act of 1933, removing barriers in the market among banking companies, securities companies and insurance companies that prohibited any one institution from acting as any combination of an investment bank, a commercial bank, and an insurance company.”

“The Uniform Trade Secrets Act (UTSA), published by the Uniform Law Commission (ULC) in 1979 and amended in 1985, was a uniform act of the United States promulgated in an effort to provide legal framework to better protect trade secrets for U.S. companies operating in multiple states. The UTSA aimed to codify and harmonize standards and remedies regarding misappropriation of trade secrets that had emerged in common law on a state-to-state basis.”

“An implied-in-fact contract (A.K.A. “implied contract”) is a contract agreed by non-verbal conduct, rather than by explicit words. As defined by the United States Supreme Court,[1] it is “an agreement ‘implied in fact'” as “founded upon a meeting of minds, which, although not embodied in an express contract, is inferred, as a fact, from conduct of the parties showing, in the light of the surrounding circumstances, their tacit understanding.” 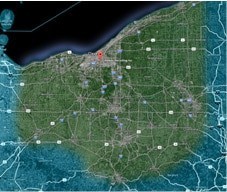